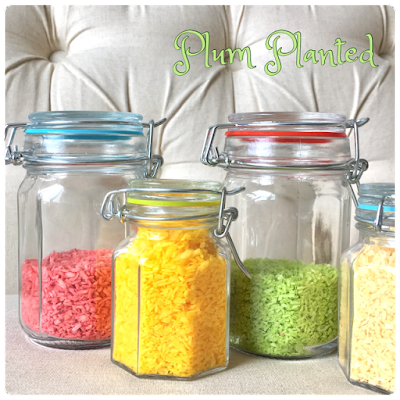 K guys, many of you may not know this about me, but long before I started a Blog about whole foods, I was into natural dyes.  If you've read my "About" tab, you already know that I'm also a Pattern Designer.  All my earliest patterns are knitting patterns, specifically fulled (or felted) knitting patterns using wool, that are later shrunk down and transformed through a felting process.  Working with wool is one of my VERY favourite things.  Along those lines, I've always had a big interest in dyeing wool naturally, to give it some pretty, vibrant colours.  I LOVE seeing the wool transform and come to life with colours found in nature, primarily from edible sources.  So, it only makes sense that I would also love dyeing food naturally too!  So much more beautiful and vibrant (and healthier) than the dyes you can buy at the supermarket.

I kind of have an obsession with coconut.  It's delicious, versatile, and has a million uses and textures.  Since we don't eat animal products at our house, that kind of rules out dyeing Easter eggs, although I have used natural dyes for egg dyeing in the past, and it works great, in case you're wondering.  Instead, I decided we would dye shredded coconut to roll some yummy goodies in.  One great recipe to use this for is my Chocolate Almond Truffles, and I have another yummy Coconut Truffle recipe that's coming up hopefully before Easter as well, if things don't get too busy. 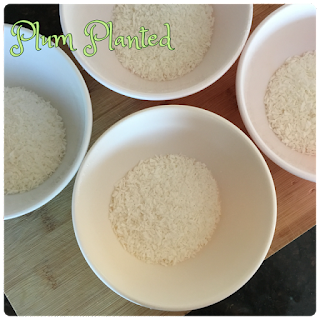 So for this little coconut dyeing session of mine, really I just experimented with what I had on hand, sitting in my fridge.  Because I've worked with dyes before, I had a pretty good idea of what foods would work best to give me some fun Easter colours.  I wanted to show you guys a few different methods, so in this post I'll show you 4 different ways of getting your results, and you can decide which one works best for you and experiment with it yourself.  I started by getting out 8 small bowls.  In 4 of the bowls, I measured out 1/3 cup of unsweetened shredded coconut in each.  The other bowls I set aside for the 4 dyes I would be making.  So first I'll go through how I got my 4 different colours, then I'll tell you how to dry and store your coconut. 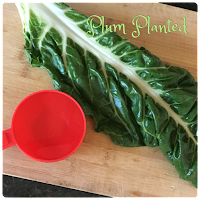 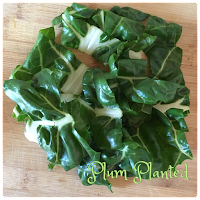 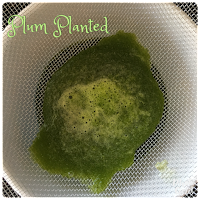 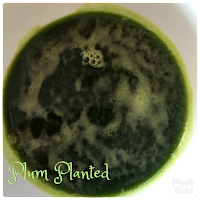 So the first colour I made was the green.  I had both spinach and swiss chard in the fridge.  I opted to use the swiss chard only because it needed to be used, but either would work, as would kale.  You may just get a slightly different shade of green depending on which one you end up using.

I used one large chard leaf, washed it well, and chopped it up.  I combined the chard leaf with 1/2 cup of cold water, and blended it well in my vitamix (any high speed blender will do).  Once everything was well blended, I strained the mixture through a fine mesh strainer into one of my empty bowls, and discarded all the "pulp".  What is left, is your dye. 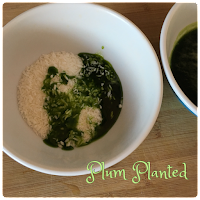 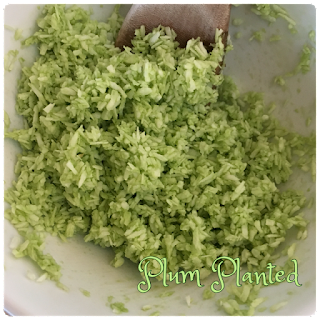 I used 1 T of the green dye combined with 1/3 cup of unsweetened, shredded coconut to get the above results.  Continue reading to the bottom to find out my drying and storage method. 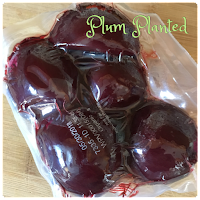 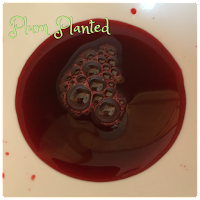 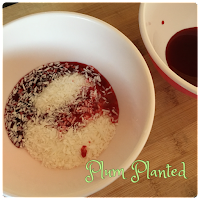 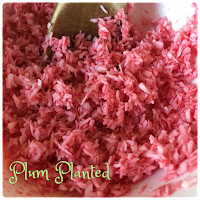 Next up was the pink.  This one is always my favourite, and in this instance, it was also the easiest.  I used beets to make my pink, and I always love using beets.  They just are so brilliant and beautiful!

So, if it was the growing season, I would have gone out to the garden and cooked my own beets, and probably used the beet water as my dye, or blended a small piece of cooked beet with some water (as I did with the chard to make the green), but oftimes during the winter / spring I buy a brand called Love Beets, which makes things extra easy.  I like them because they come cooked, peeled, and ready to eat in vacuum packed packages.  There's also a good amount of beet juice just floating around in the package, so all I had to do was make a small hole in the packaging, and drain the beet juice into a bowl.  I measured out 1 T of beet juice and mixed it with 1/3 cup of coconut.  Voila!  Easy peasy right?! 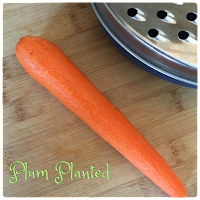 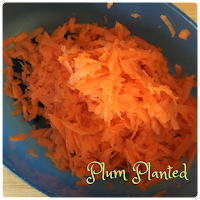 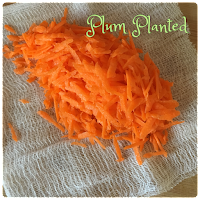 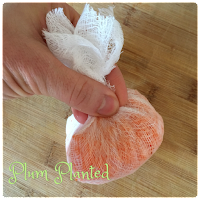 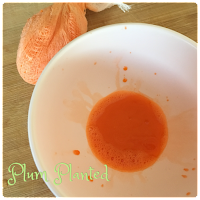 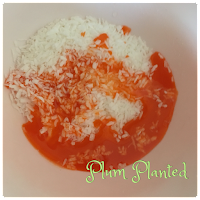 Next I made the orange dye, which looked orange up until it went through the drying process, after which is turned into a vibrant yellowy orange colour.  I was actually pretty thrilled with the end colour, it is pretty beautiful.

So, to extract the dye, I used 1 large carrot, which gave me exactly a tablespoon of dye, so if you're wanting more, use more carrots.  I peeled my carrot first, which isn't necessary, but I planned to eat the leftovers after the juice was extracted, so I wanted mine peeled.  Either way, you should wash the carrot well so that there's no dirty aftertaste in your coconut.  I grated the carrot and wrapped it up in a piece of cheesecloth, forming a little sack, then squeezed all the juice out.  As I said, I got exactly 1 T of carrot juice, so I added it all to another of my coconut bowls (1/3 cup), and stirred it together (I forgot to take a picture of it after I stirred it, but I do have a picture of all the colours before I dried them below, if you keep reading. 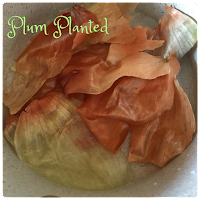 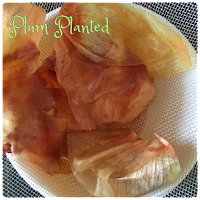 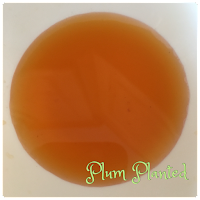 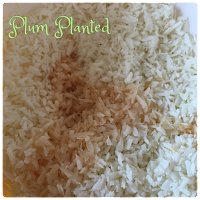 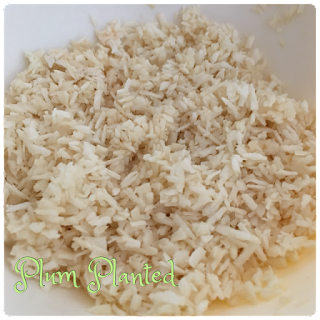 Now, I have to say, my least favourite result was the yellow, which wasn't a huge surprise to me.  I was skeptical about this one before I even started, bc I used onion skins to get the colour, and I wasn't sure how that would translate to an edible product...BUT...I will say that the taste actually wasn't an issue (surprisingly), I just wasn't super keen on the depth of the colour.  It turned out to be quite close to the colour I would get if I simply toasted the coconut, which would have been a whole lot easier, so that would be my personal recommendation, and what I will probably do in the future instead.  However, having said that, I know from experience that I could get a deeper colour of yellow if I had experimented with it more, let it boil longer, used more onion skins etc, so if this is something that interests you, I wanted to include what I did anyways, even if it only helps you know how to tweak your own experience, or what to avoid doing.

So, I used about one onion skin and 1/4 cup of water.  I combined them both in a small pot and brought the water to a gentle boil, covered (this is important so the water doesn't evaporate and burn the pot) for about 5-10 minutes.  I normally would have let it boil longer, but I had to go pick some children up from school, which may have contributed to my pale results.  Once it was boiled, I strained the mixture through a mesh strained to remove the skins, and mixed 1 T of dye with my last bowl of coconut (1/3 cup). 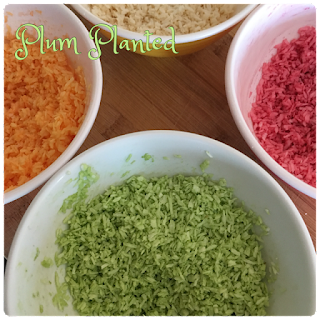 And there they are, four beautiful colours of coconut!  But... we're not done yet.  The coconut will be quite damp to the touch at this point, and it's important to dry the coconut properly, so that you can safely store them for future use. 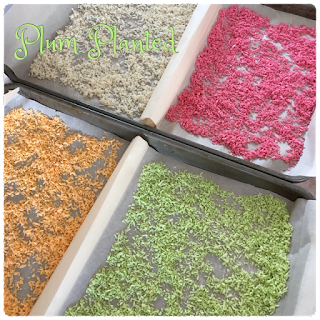 What I did to dry them out was spread each colour out onto 4 pieces of parchment paper, on 2 baking sheets, with 2 colours on each sheet.  I folded the parchment paper together in the middle to form a little barrier, so the colours didn't mix together.

Bake the coconut at 275º F until dry to the touch (about 20 minutes), stirring every 10 minutes or so.  You may find some colours are done sooner than others. 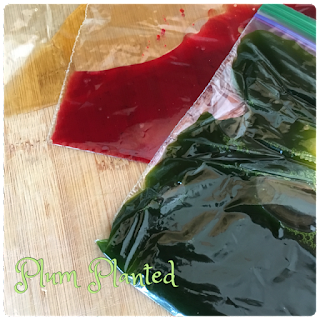 Meanwhile, if you want to save your leftover dyes for future projects, store them in ziplock bags in the freezer until your next dyeing project. 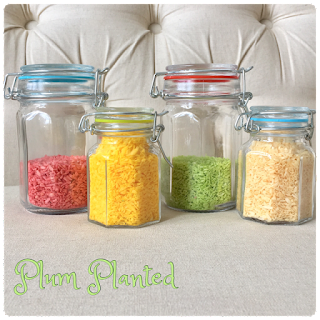 Remove each colour from the oven as soon as they are dry, so they don't burn.  Let them cool, and then transfer each colour to an airtight container.  They can be stored in the cupboard for several weeks, or in the freezer for quite a bit longer, so the choice is yours!

Hope you enjoyed the little tutorial!  Let me know how it works for you or if you find something fun and different in your own experimenting!

April 16, 2018
Mmmm...Banana Bread.  Who doesn't love it, am I right?!?  Even my child that absolutely hates bananas, LOVES banana bread.  And this is the kind of banana bread you really can feel good about eating because it's chuck full of healthiness!  Yay!!!!  Plus, if you have a sourdough starter and are into getting that yummy, tangy goodness into your gut, this is another recipe to add to your repertoire.  If you don't have a starter, there's modifications you can follow in my recipe tips.  This recipe is actually modified from my lovely friend Kelsey's Sourdough Banana Bread recipe.  She gave me permission to change a few things to make it conducive to my Whole Foods Plant Based lifestyle, so it is now completely free of refined sugar, oil and animal products.  So here goes... My kids usually convince me to throw chocolate chips into the banana bread (I actually found some that are both dairy-free and sugar-free, but man are they expensive), but nuts or bluebe
2 comments
Read more