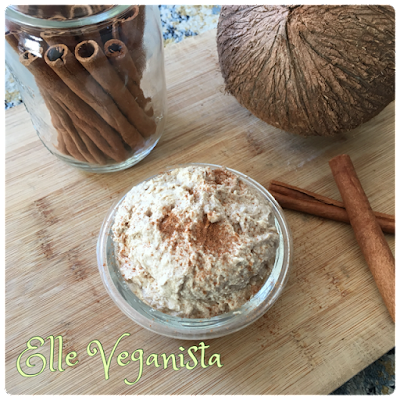 This is a great dessert topper, or a side for many breakfast dishes such as crepes, waffles or pancakes.  I like to serve mine on my Sourdough Pancakes.  Don't let the appearance throw you off.  It's not entirely white because it's sweetened with Powdered Coconut Sugar and flavoured with cinnamon, making it slightly more off-white than typical whipped cream, but trust me, it's even more delicious!  If you've never used Powdered Coconut Sugar before, click on the highlighted words for a link to how I make it. 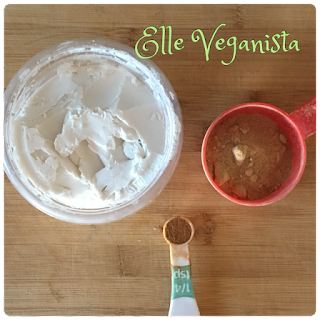 Scoop the coconut cream off the top of one can of full fat coconut milk (which should typically yield approximately 3/4 cup - 1 cup of coconut cream.  I buy Thai Kitchen brand).  Measure out your cinnamon and Powdered Coconut Sugar as well. 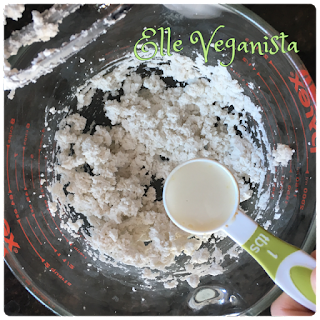 Place the coconut cream in a mixing bowl and mix with a hand mixer.  You may find it mixes nice and creamy right from the get-go, but if it's been sitting in the fridge for a while (like mine was in the above photo) you may end up with something kind of lumpy, in which case you'll want to add about one tablespoon of plant based milk to cream it up a bit. 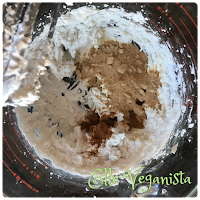 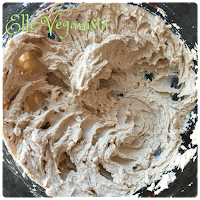 Next add in the Powdered Coconut Sugar & cinnamon and mix again.

Now go put it on something delicious and savour every bite.  I'll be here, so happy for you, and waiting for you to tell me how delicious it was!

Method:
1. Using a hand mixer, whip the coconut cream.  If it turns out too lumpy, add in about 1 T of plant based milk and mix.
2. Add in Powdered Coconut Sugar and cinnamon, and mix until well combined.
3. Serve as a topping or incorporate into a recipe as needed.

*Coconut cream is the cream found at the top of a full fat can of coconut milk (I use Thai Kitchen brand).
**If the coconut cream is too cold, it my not mix well, in which case it may be necessary to add in a small amount of plant based milk.  I use unsweetened almond milk.

March 01, 2018
Quick post today to give you this refreshing Banana Apple Green Smoothie recipe!  And...I'm gonna give you the recipe, because how much can you say about a smoothie.  It's yummy, I promise... So I kind of have a process of how I blend my smoothies.  I own a Vitamix, which I love, and I use it multiple times a day.  I add the ingredients in a couple at a time and put it through multiple cycles.  Here's how I do it: Cycle 1: I start by putting the coconut water and the protein powder (if using) in the blender and putting it through a quick cycle.  See this post for protein powders I like. Cycle 2: Next I add the spinach and start a cycle.  Halfway through the spinach cycle, I add in the peeled bananas through the clear section in the top of my lid that pops off. Cycle 3: Once that is all cycled, I add the apples and the ice.  My vitamix has a setting with a snowflake on it, so I switch to that setting when doing anything frozen (ice or frozen fruit for instance).
1 comment
Read more